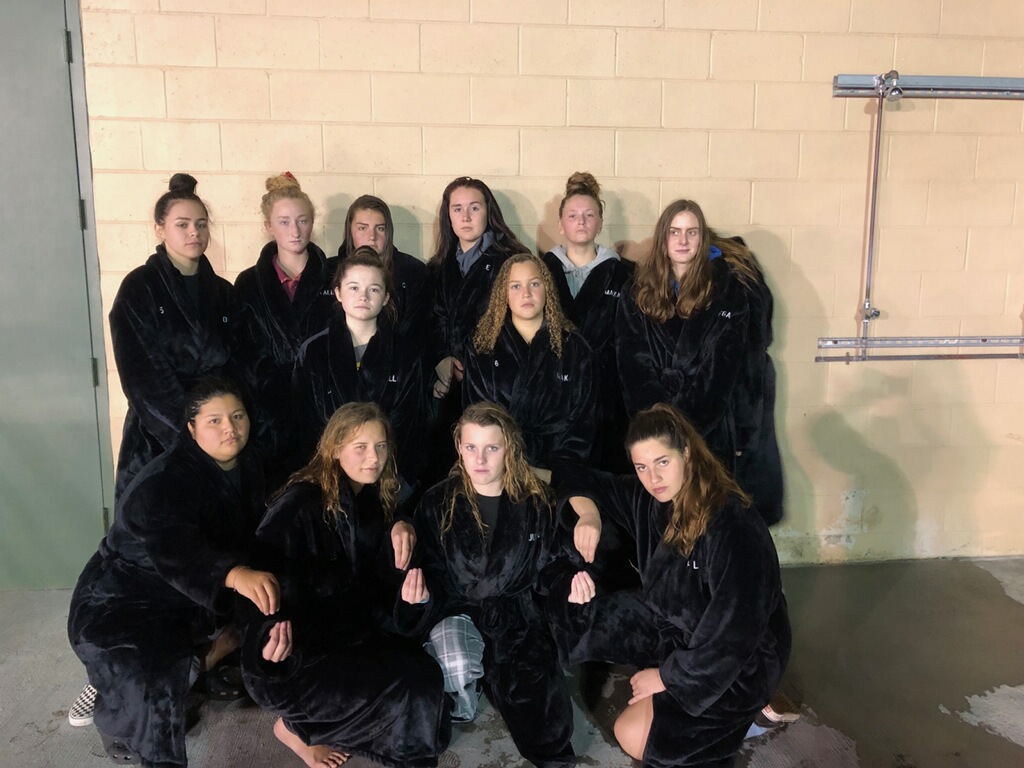 In a Grossmont Hills league game, West Hills beat Helix 8 to 7. West Hills came out very cold and sloppy in the first quarter. Helix showed dominance on the defensive side and found a way offensively to get our girls in ejection trouble early. At the end of the first quarter, Helix led 4 to 2. The second quarter the Lady Wolf Pack started to settle down and get in a defensive groove not giving up a single goal while scoring two goals to tie the game at half. The third quarter both teams focused well on defense giving up one goal each keeping it tied at 5 to 5. The forth quarter there was a flurry of goals. Helix struck fast scoring two goals within the first two minutes giving them for a second time a two goal lead. After that Korrine Ballow, in her first varsity game stepped up tremendously stopping the next 6 shots on goal giving us a chance to stay in the game. West Hills chipped away and was able to tie the game at 7 on a shot from Rielly Mock with 1:45 left in the game. On the very next possession, Carly Bockstahler scored from set to give the game winning goal.

Fallon Burnworth had 4 goals, Natalie Holder had 2 goal, and Carly Bockstahler and Rielly Mock each had 1 goal.