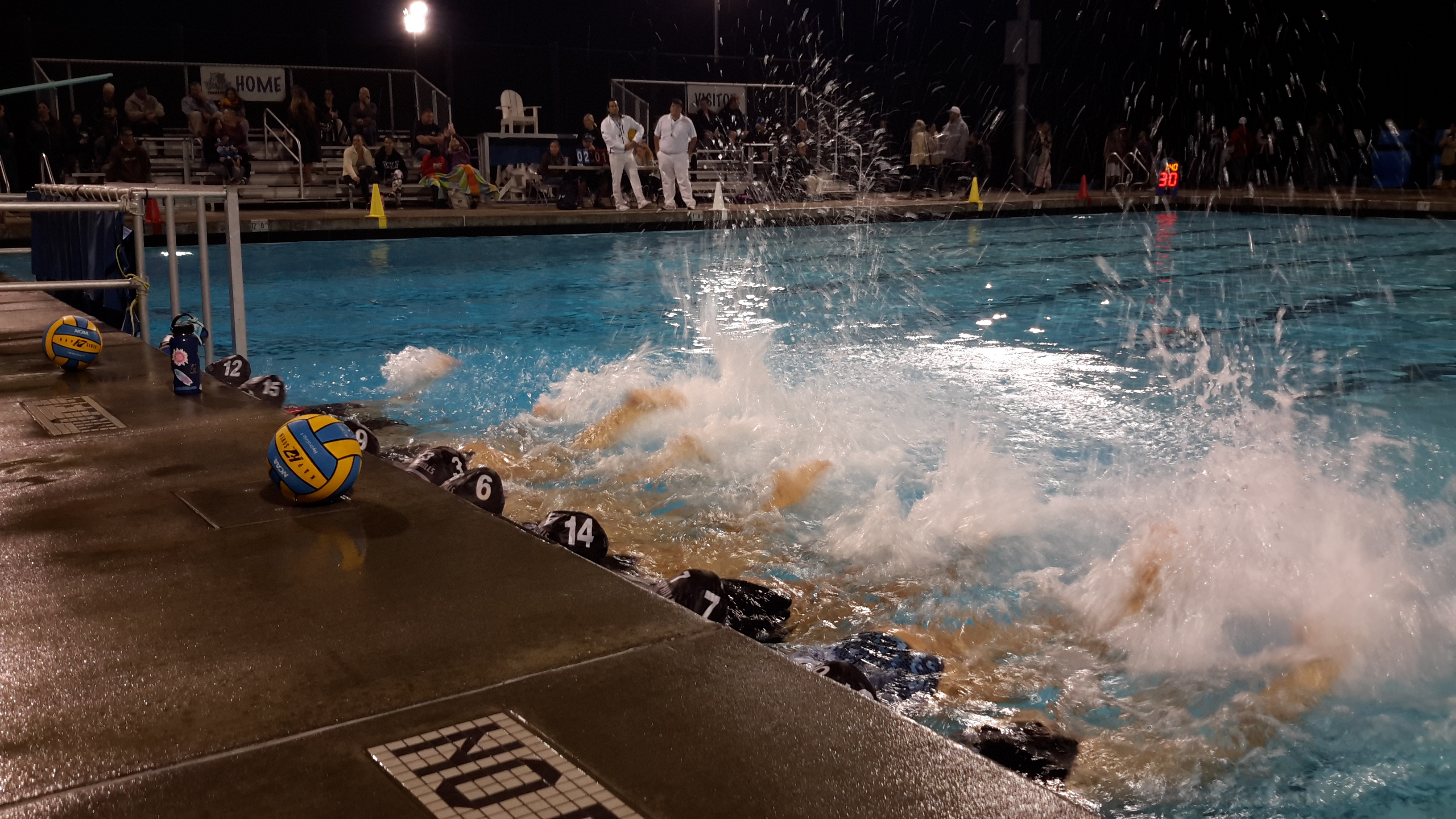 In a rain canceled and made up game, West Hills beat Grossmont 11 to 5. The original game was stopped with 1:40 left in the first quarter with West Hills leading 2 to 1. Tonight, when the game was restarted, there was no new action in the first quarter which left the score unchanged going into the 2nd. With the weirdness of a short 1st quarter out of the way, the Lady Wolf Pack took charge of the game with goals from Natalie Holder, Fallon Burnworth, and Carly Bockstahler. As usual, even though we were scoring, it was our smothering defense that gave us such an advantage. We had a combine 7 steals in that quarter along with 3 great saves from Morgan Krueger. At the half, West Hills led 6 to 1. The third quarter, both teams won the offensive battles. Grossmont was able to get two goals from the outside while West Hills did increase the lead getting 3 goals, two from 2-meters and 1 on a 6 on 5 goal from Rielly Mock. The forth quarter was similar to the 3rd, with the Lady Wolf Pack having a 3 to 2 edge and cruising to an 12 to 5 victory.