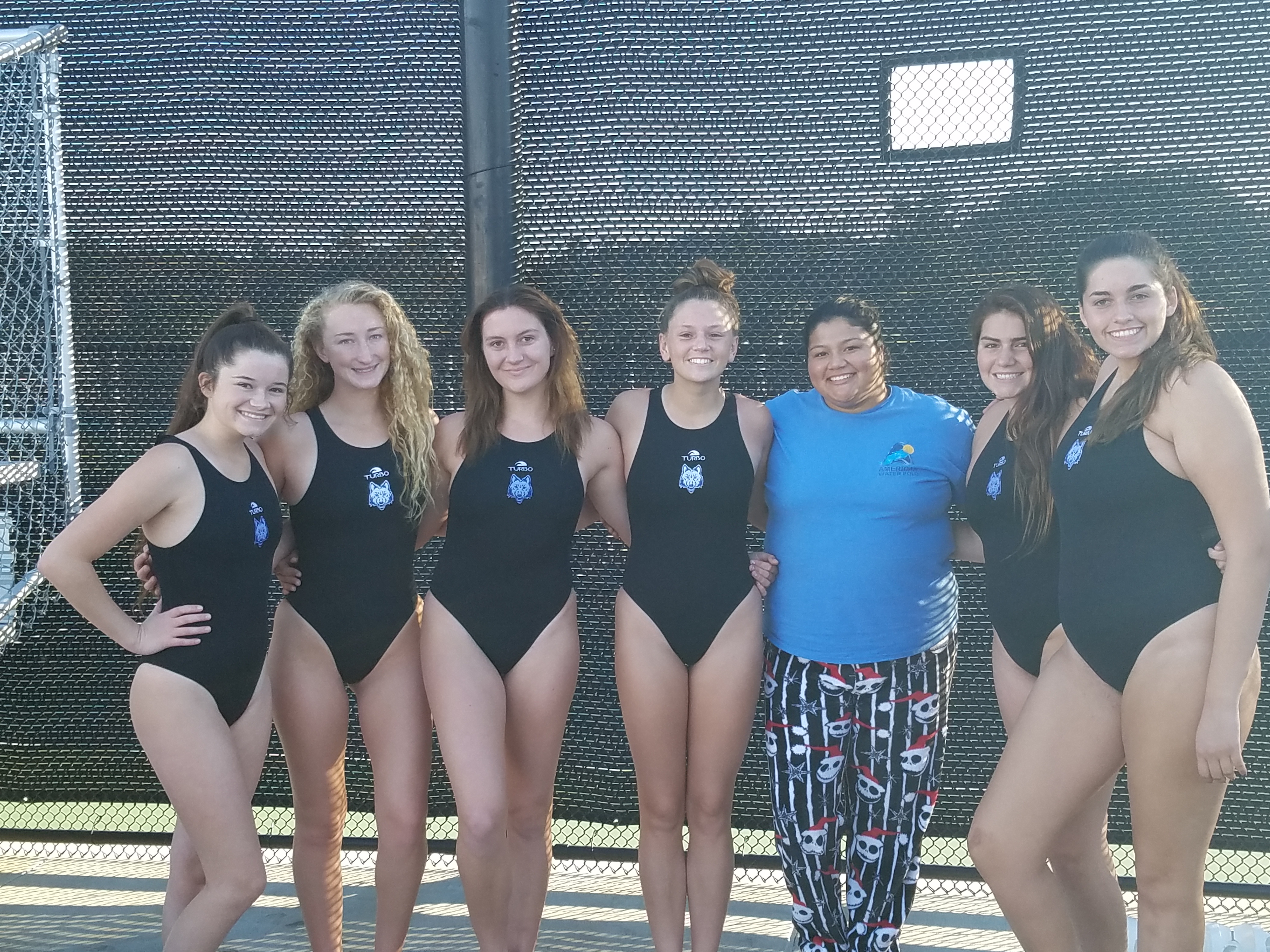 In the Eagle Classic Tournament, the Lady Wolf Pack had a CIF Semi-Final rematch against El Camino. 6 to 5 in sudden victory overtime. It was a great defensive game from both teams and both goalies kept the game close. El Camino came out hot and scored on the very first possession, but the Lady Wolf Pack held them to only one more goal at the end of the quarter. Meanwhile, Fallon Burnworth scored the lone first quarter goal on a give and go from Carly Bockstahler, but El Camino had a 2 to 1 advantage after 1 quarter. The second quarter was a mirror image of the first. Carly Bockstahler scored on a man advantage situation to start the quarter to tie the game at two and from there on both teams traded goals back and forth. At the end of the half, the game was all tied 2-2. The Lady Wolf Pack took the lead on an outside goal from Rielly Mock, but it was short lived as El Camino scored from a long range shot to tie it back up at 3 going into the 4th quarter. The forth quarter again had El Camino taking the lead early on a man advantage, but the Lady Wolf Pack stopped them on the remaining 5 possessions of the quarter. West Hills tied the game again and had an opportunity to seal a victory with a timeout play with 15 seconds left but the shot went wide left sending the game into overtime. In sudden victory overtime, El Camino won the sprint and could not convert on their first opportunity, but the Lady Wolf Pack did, on a shot from outside 7 meters Natalie Holder nailed a cross-cage upper corner shot to win the game.

Fallon Burnworth and Carly Bockstahler each had 2 goals. Natalie Holder and Rielly Mock both had 1 goal. Morgan Krueger had a great game in the cage with 8 saves.